In France, everybody knows her for sure, as she served as an able and hard-working Finance minister for 3 years. But the world still needs to get more familiar with the new head International Monetary Fund (IMF), where she replaces…. Another French politician, Dominique Strauss-Kahn, currently facing criminal charges in New York.

Although Christine Lagarde’s nomination has nothing to do directly with religion (which is one of my main topics in this blog), let’s emphasize two significant things about this nomination.

1/ She is the first woman ever to have been appointed to the head of the IMF, which sends a strong message to all the women in the world: no public office’s door should be closed to women, whatever the reasons (religious or not).

2/ She relies on a Catholic upbringing. In the French-speaking daily La Croix, Marie Visot recalls that Lagarde « reads regularly the Gospels ».

If you want to watch her, please see the video below: 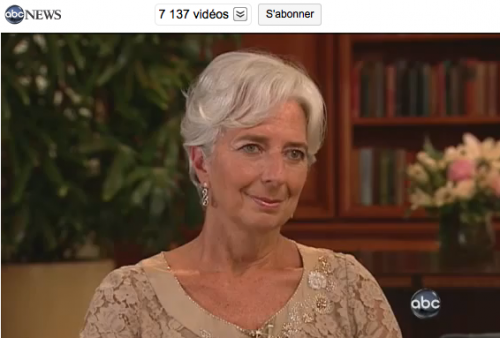